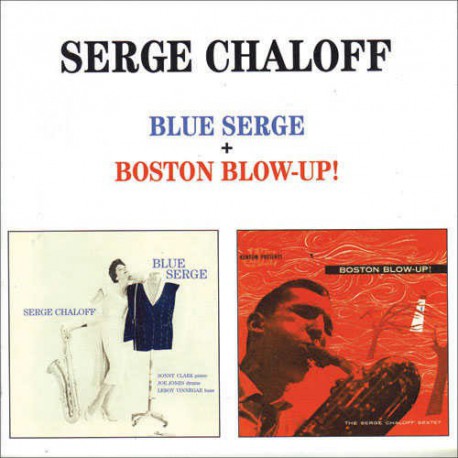 Serge Chaloff was one of the first baritone sax players to become proficient at bebop. This CD presents his two best albums in their entirety, Blue Serge (Capitol T742), which was his very last LP, and Boston Blow-up! (Capitol T6510), the LP that preceded it. Versions of “How About You?” and “Boomareemaroja” were recorded during these sessions but were omitted from the original LPs. Both songs have been added here as a bonus. Chaloff would die soon after these recordings were made, on July 16, 1957, at the age of 33, from cancer of the spine, which was aggravated by his drug addiction.

TOTAL TIME 79:37
* bonus tracks: from the same sessions but not included on the original LP