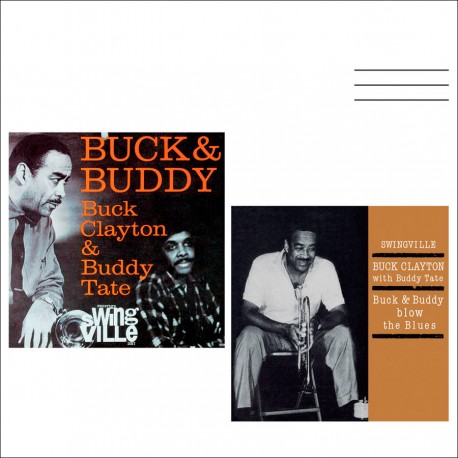 Buck Clayton and Buddy Tate began playing together as far back as 1939. They met in the Count Basie orchestra, a band they’d both remain with for nearly a decade. Although they would continue playing and recording together extensively well into the mid-seventies, the two albums contained here, Buck & Buddy (Swingville SVLP2017) and its sequel, Buck & Buddy Blow the Blues (Swingville SVLP2030) are unique for being their only quintet studio LPs. On both works they are backed by the outstanding pianist Sir Charles Thompson and bassist Gene Ramey, while the drum chair is alternately filled by Mousey Alexander and Gus Johnson. A different version of “Thou Swell”, recorded in 1957 by both Clayton and Tate, has been added as a bonus.