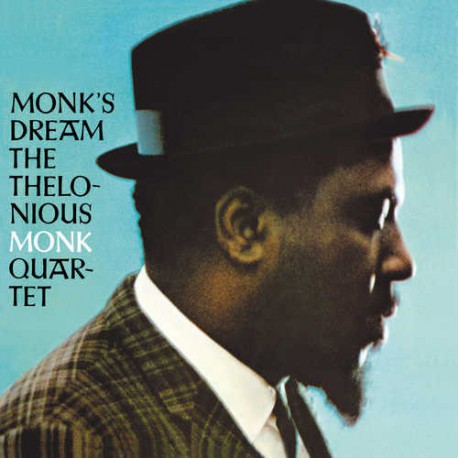 Notify me when available
MONK’S BEST SELLING ALBUM EVER!

This release presents the complete original LP Monk’s Dream (Columbia CS8765), which marks Thelonious Monk’s first LP for Columbia, and which became his best-selling album ever. It features the pianist/composer performing a combination of his own tunes and his favorite standards, which he made his own. He is backed here by his classic quartet featuring Charlie Rouse on tenor sax, John Ore on bass, and Frankie Dunlop on drums.

As a bonus,  a program consisting of his first studio versions of most of the tunes from the album, some of them dating from a decade earlier, plus a 1961 live solo piano version of “Body and Soul” - a song he first recorded in the studio on Monk’s Dream.

DOWNBEAT MAGAZINE REVIEW: “This important album, Monk’s first after a long absence from the recording studio, is a stunning reaffirmation of his power as a performer and composer. It is a brilliant and absorbing program of five Monk originals and three standards (and they might just as well be originals, so startling is their transformation at his hands). This is a beautiful album in every respect, completely stimulating in each second of its more than 47 minutes” (Pete Welding)