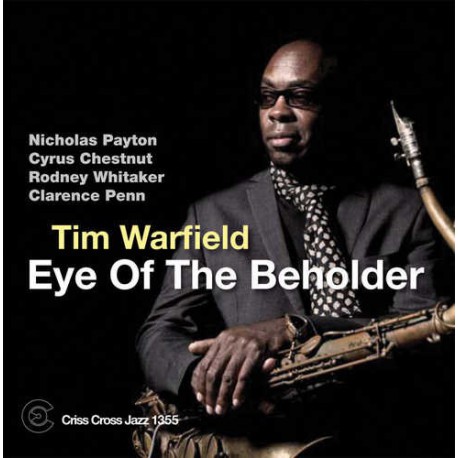 Eye of the Beholder

Eye of the Beholder

Notify me when available
On Eye Of The Beholder, his seventh recording leader recording for Criss Cross (and 12th label appearance overall), tenor and soprano saxophonist Tim Warfield draws on musical relationships that have shaped his artistry from the very start. Pianist Cyrus Chestnut and drummer Clarence Penn, both of whom appeared on Warfield’s 1994 debut and several other sessions, bring their powerful and sensitive presence to this new quinter date. Rodney Whitaker provides an unshakable yet flexible foundation on bass. Trumpet great Nicholas Payton, who featured Warfield in his own incendiary quintet of the mid to late ’90, comes on board and contributes brilliant playing as well as original music. Highlights include the exploratory Blues For Mr. Bill, the sumptuous ballad Ramona’s Heart, and inspired reworkings of Payton`s The Backwarts Step, Warfield`s The Undaunted and the standard I Remember You.