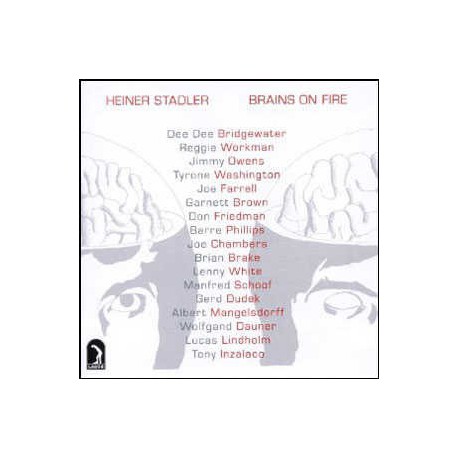 Brains On Fire presents, for the very first time on two compact discs, some of the innovative early works of pianist/composer Heiner Stadler. These works, written and conceived over 40 years ago, are examples of what are arguably some of the most creatively and unjustly neglected amalgamations of the jazz and contemporary classical traditions. The follow-up release to the critically acclaimed Tribute To Bird And Monk (LAB 7074), Brains On Fire features groundbreaking compositions recorded between 1966 and 1974 that still sound as fresh and stimulating today as when they were first performed. The eight original compositions comprising this remarkable set reveal the mindset of the highly innovative Stadler in his utilization of the instrumental and improvisatory skills of some of the day’s most accomplished players from both the United States and Europe. In bringing together artists of distinctly varied backgrounds and reputations, Stadler defied the separatist system of the time that divided performers into virtually warring camps: classical versus jazz, mainstream versus avant-garde. Composition and improvisation come together, in a confluence that realizes some truly amazing music