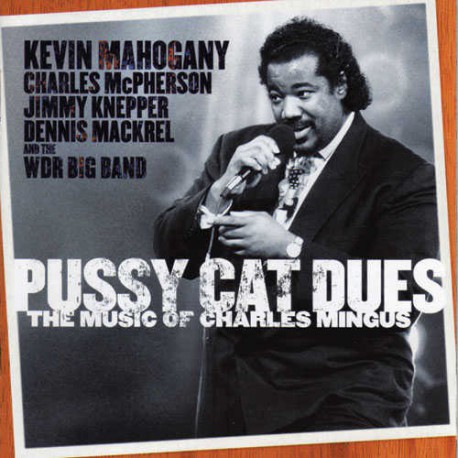 
The music of Charles Mingus is interpreted on this disc by vocalist Mahogany and the WDR Big Band, live in concert at The Stadtgarten in Cologne, Germany. Bill Dobbins directs the orchestra and does the arrangements. Guest soloists include alto saxophonist Charles McPherson, trombonist Jimmy Knepper, bassist John Goldsby and drummer Dennis Mackrel. One complaint -- at the end of each tune crowd applause is abruptly clipped off instead of tastefully faded. Why? The set starts off with an absolutely beautiful take, sung in stark, suspicious, perfectly rendered tones during the dark, moody, Gil Evans-ish "Eclipse," then Mahogany offers a scatted line with tasty trombone solo from Knepper and naked bass from Goldsby during the slow orchestral blues of the title cut. The easy swinging musical depiction of a beautiful woman in elemental terms for "Portrait" has Mahogany singing those aspects of earth, sea, and sky over this neat chart, while the instrumental "Reincarnation of a Love Bird" utilizes McPherson's best attributes as a classic bebopper on this most classic of Mingus standards. Knepper's also exploited to the max in his ever-bluesy and yearning solo, and the two play unison front & back-halved melody lines on this familiar Mingus idea. A four part medley starts with the urgent swing of "Boogie Stop Shuffle," then segues to the lighter shuffle with vocal "bah bah duh da"s on "Jelly Roll." A bass solo to vocal line sets up the immortal blues ballad anthem "Goodbye Pork Pie Hat" as the big band assists Mahogany's expertly staggered phrases, then extrapolates on the potent melody exponentially on the bridge, while "Better Get Hit In Your Soul" is an ultra-quick waltz, with only slight scat inserts under the melody initially, more animated in the pre-bridge, much more so during the solo and coda. The finale, an all instrumental, "Tonight at Noon," is replete with free intro, locomotive to hard swing, a smeary Knepper solo, and completely re-harmonized, wild centerpiece of a bridge. Were this a complete showcase for Mahogany, this could have been his magnum opus, but the virility of the WDR Big Band gives the music of Mingus new life, supplemented by Mahogany's clever vocalizations, as opposed to the other way around. Nonetheless, a very worthwhile project. Michael G. Nastos