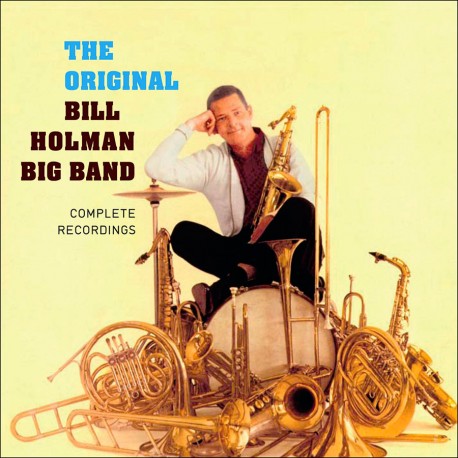 The complete recordings by one of the most original big bands in the history of jazz. This release contains all three albums recorded by Bill Holman with his original big band in its entirety, plus a good example of his early octet sessions, which give ample proof of his genius as an arranger, composer and saxophonist. Includes 20-page comprehensive booklet.

Although Bill Holman has amassed a prolific discography as a composer, arranger and saxophone soloist during his impressively long career, there is a surprising dearth of recordings under his own name during his first three decades as an active musician. Apart from the 1954-55 octet sessions presented by Stan Kenton (many of which have been added here as bonus tracks at the end of CD2), his albums are limited to the three big band LPs compiled here on one complete 2-CD set.