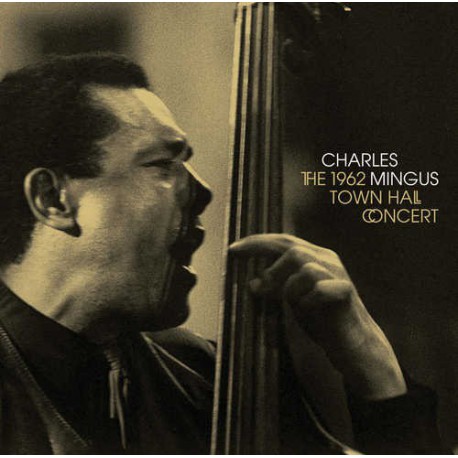 Notify me when available
On October 12, 1962, Mingus achieved a long-sought dream: a concert at New York’s Town Hall with a thirty-piece orchestra composed of seven trumpets, six trombones, four alto saxes, two tenor saxes, two baritone saxes, oboe,   contrabass clarinet, two pianos, guitar, bass (Milt Hinton played bass while Mingus conducted), drums, vibes, and additional percussion from a three-man percussion section. However, the occasion resulted in one of Mingus' most controversial performances ever. The centerpiece of the concert is "Epitaph Part 1". Mingus had the following to say about the tune: "The music was all one suite...but we had different copyists, so for their purposes I marked off the score in sections, Parts 1, 2 and 3." The concert was issued as Charles Mingus –Town Hall Concert on United Artists UAJ14024, and is filled with plenty of unique and occasionally transcendental musical moments.