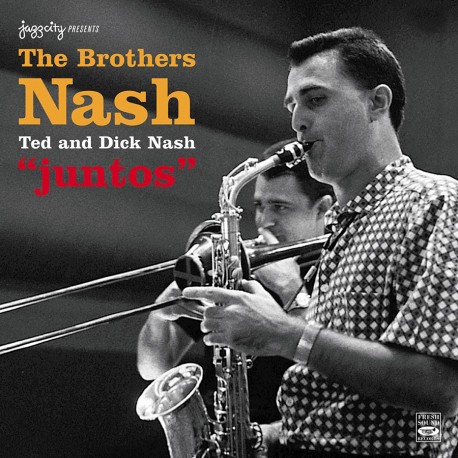 
The Nash brothers were born in Somerville, Massachusetts, but they were separated and brought up independently. Still, they found the same innate attraction for music and went about developing it. Ted's background on flute, piccolo, clarinet, and all the saxes, and Dick's full-bodied, exciting style on trombone, made them the perfect addition to any orchestra. You can hear why in these, their only recordings together, and a fitting tribute to their reunion. They are an homage to their extensive career in the big band jazz and popular fields, and a reminder of their constant work at the Hollywood recording studios.