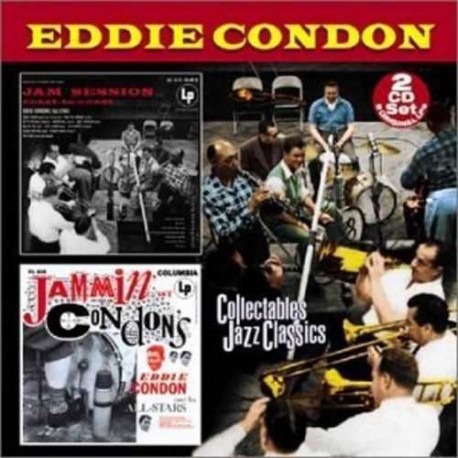 Two long out-of-print Eddie Condon recordings originally released by Columbia Records in the mid-1950s. "Jam Session" was his first on the label, and features four tracks (1-4) recorded by Condon in NYC, and six (5-10) recorded in Hollywood by The Rampart Street Paraders, a group of former Bob Crosby bandmates assembled by Paul Weston.

01. There'll Be Some Changes Made
02. How Come You Do Me Like You Do
03. Blues My Naughty Sweety Gave Me
04. Tin Roof Blues
05. When My Sugar Walks Down The Street / I Can't Believe That You're In Love With Me