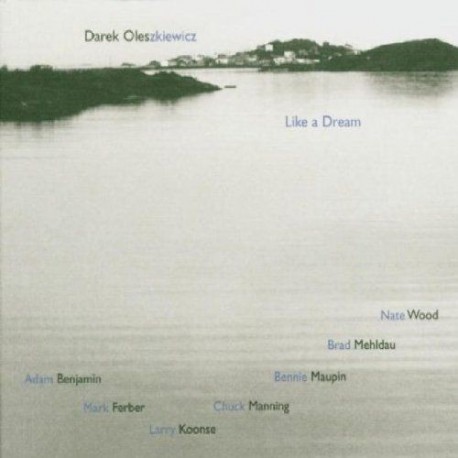 Brad Mehldau is featured on five piano/bass duos. Bassist Darek Oles has toured the world with such noted musicians as Charles Lloyd, Bennie Maupin, Dianne Reeves, Sheila Jordan and many others. This is his first CD as a leader, which features several of his well known colleagues in duo, trio and quartet formats. This is a profound CD by one of the most important bassists and composers in jazz today.

"Like a Dream proves that Oles has what it takes, as a performer and composer, to reach the next level." - All About Jazz

We are pleased to present Cryptogramophone - a label which produces state of the art recordings of creative jazz in beautifully-designed deluxe card digipacks with special prints and liner notes. The label was formed in 1998 to serve the needs of a community of West Coast creative musicians who are committed to exploring the worlds of improvisation, composition, artistic vision and instrumental technique. Since its inception, Cryptogramophone has built bridges between the West Coast music community and the Downtown New York new music scene, and has documented worthy musicians all over the world.