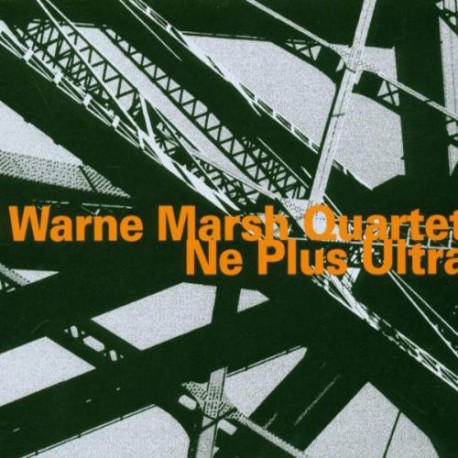 This was tenor saxophonist Warne Marsh’s first recording as a leader since 1960. Teamed up with complementary altoist Gary Foster (who was most influenced by Marsh’s former musical partner Lee Konitz), bassist Dave Parlato and drummer JohnTirabasso, Marsh runs through some of his favorite chord changes, including Lennie’s Pennies,Subconscious-Lee and You Stepped Out of a Dream. A strong all-around CD reissue that was originally released by the Revelation label.
Scott Yanow. All Music Guide

It’s hard to understand why Waner Marsh was so neglected during his lifetime. It’s harder still to substantiate the charges with which his music was branded-cerebral, cold, unemotional, uninvolving. This Album alone, one of his best, should have benn enough to put such absurd slurs to rest. The music of Ne Plus Ultra is intimate, warm, passionate, risky. There is much beauty to be shared.
Art Lange