Nobody Knows When You Are Down and Out (FSRCD 796) 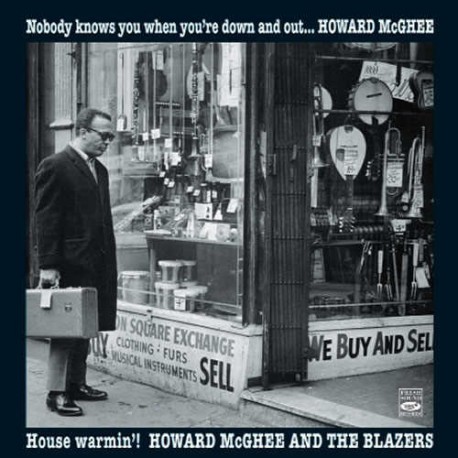 Nobody Knows When You Are Down and Out

Nobody Knows When You Are Down and Out

Acontemporary of Dizzy Gillespie, Howard McGhee (1918-1987) was one of the most stimulating trumpeters of the bop era. Although personal problems sidelined him for part of the 50s, his great experience compensated for much of the time lost when he made his comeback in the early ‘60s. In fact, on “Nobody Knows You When You’re Down and Out,” recorded in 1962, McGhee sounds even better than before - engaging and emotional without compromising his strength – while supported by two excellent rhythm sections, one with pianist Jimmy Jones, bassist Ron Carter and drummer Art Taylor, and the other with organist Phil Porter, bassist Larry Ridley and drummer Dave Bailey.

On the second album included here, “House Warmin’!,” recorded a few months earlier. McGhee shares the front line with tenorman Gene Ammons. The rhythm section includes the quasi-urbane sound of guitarist Jake Fisher, bassist Barney Richmond and drummer Willie Mashburn, who have an essential role in building a program reflecting the infinite variety to be found in the rhythm-and-blues field.