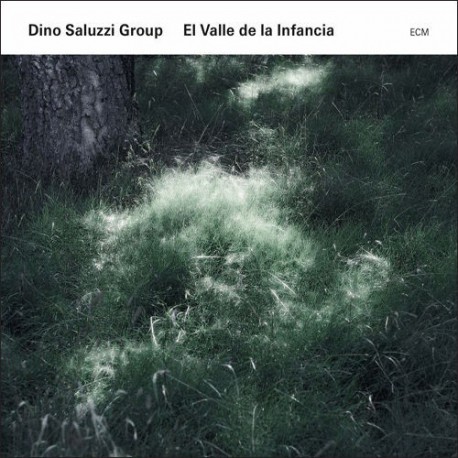 Argentinean bandoneonist-composer-improviser Dino Saluzzi returns to his roots with El Valle de la Infancia. Recorded at Saluzzi Music Studios in Buenos Aires, it’s the first of his discs to feature his “family band” since 2005’s Juan Condori. Here Dino is heard with his brother Felix on tenor sax and clarinet, his son José María on guitars, and nephew Matías on basses.

“This work is alive with different genres”, writes Leopoldo Castilla in the liner notes. “The music captures the natural world of its origins; North Argentina, ablaze with mourning, despairing with joy.” If it could be argued that all of Dino’s oeuvre is, at some level, about his homeland and his memories, the family discs are amongst its purest expressions. Its participants have grown up inside this world of music, and for Dino part of the pleasure of the family group is the possibility of creating without the need for directions. “We do this work for a long time now. I have a lot of trust in José and Felix and Matías. The music is written by me – or many pieces are – but I also leave much of it open and we really discover how to play it together, and that takes place over years. Living with the music, feeling the music, finding the truth of the music, and how to project it, finding out how the pieces breathe – and still having some freedom of expression. It’s an older way of making music, really.” The process, Saluzzi says, is closer in some respects to oral tradition, folk tradition, than it is to a contemporary composer bringing his finished work to a chamber ensemble. These pieces are built to evolve.