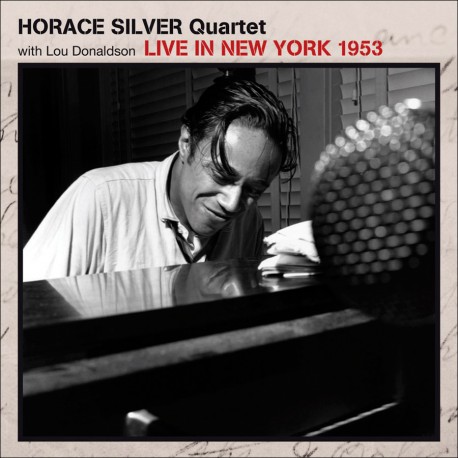 This release contains a complete previously unissued Horace Silver performance recorded live at a New York club (probably Birdland) in 1953. He is featured in a quartet format with the celebrated Lou Donaldson on alto sax, bassist Jimmy Schenck (a virtually unknown player who would, nevertheless, participate on Max Roach’s classic LP We Insist! - Freedom Now Suite), and drummer Lloyd Turner. Besides presenting versions of songs he rarely recorded, as well as Silver’s only known reading of “You Go to My Head”, this rare previously unheard set showcases the musicians in extended performances, which were still unusual to find on record in those days.