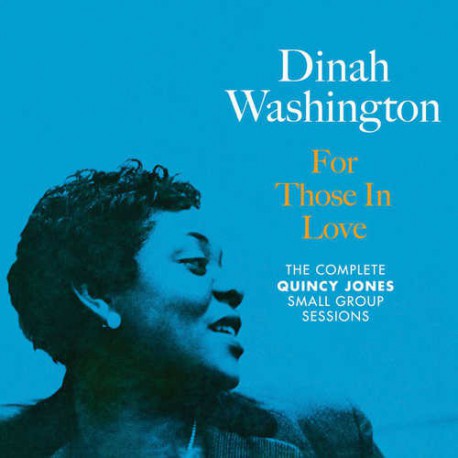 For Those in Love + 5 Bonus Tracks

For Those in Love + 5 Bonus Tracks

This release contains all existing music from three brilliant small group sessions showcasing Dinah Washington, which were recorded on consecutive days during March 15-17, 1955. The arrangements were by the great Quincy Jones, who also conducted the band and played a trumpet solo on “Ask a Woman Who Knows”. Some of the tracks were issued on the LP For Those in Love (Emarcy MG-36011), while six others appeared on different single releases. The backing group includes such stars as Clark Terry, Jimmy Cleveland, Paul Quinichette, Cecil Payne, Wynton Kelly, and Jimmy Cobb. As a bonus, a rare broadcast in its entirety that presents Dinah live at the Basin Street Club shortly after the Jones dates. She is backed here by the same rhythm section of our primary album (minus guitar), and the broadcast includes yet another version of “I Diddle”.