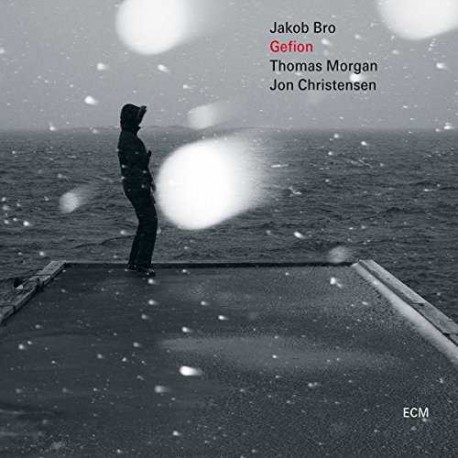 "Gefion", named for the Norse goddess associated with ploughing, prophecy and premonition, is the ECM leader debut of Danish guitarist Jakob Bro. Bro first recorded for ECM with Paul Motian on Garden of Eden in 2004, followed by Tomasz Stanko’s Dark Eyes album of 2009. The guitarist’s feeling for melody, sound-colour and atmosphere served him well in those contexts, as it does here in the realization of his own free floating ballads and drifting, spacious-yet-focused pieces. “Lucidity is in the air when guitarist Jakob Bro plays,” the late Danish journalist Ib Skovgaard wrote. “His music transcends genres. It’s beyond categories, a personal music following a track which is consistent with Bro’s constant search for melodic clarity in the songs”.