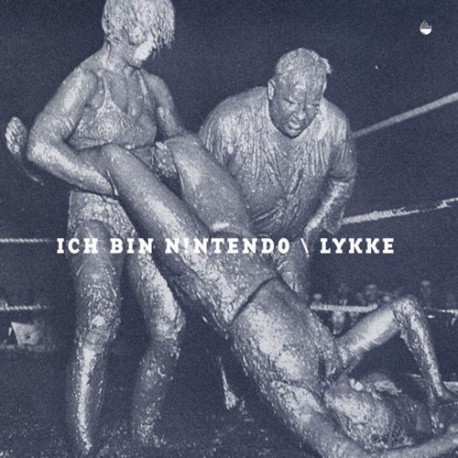 They’re announcing it on their Facebook page: the new album by the Norwish band Ich Bin Nintendo is different from everything they’ve done until quite recently. How’s that? Well, instead of the devastating noise music played by Christian Skår Winther, Magnus Skavhaug Nergaard and Joakim Heibø Johansen since their first recording in 2012, with the particularity to include as guest the “free the jazz” saxophonist Mats Gustafsson, what now dominates is post punk. Yes, in certain moments there’s a structural collapse, because of an ever-present experimental compulsion, but that’s it: they embraced a form. In the place of the explosive jamming they used to prefer, now we have songs.

The improvising process remains the same, but the song format is new. It’s not a surprise that these guys played in an event called Death Jazz. If such a musical tendency really exists, this is it. What also survives is the energy. And with other kind of discharge: after four years of work, the group is happy about not having been sued by the videogames corporation Nintendo. The theft of the name remained unpunished, and that’s great, because it defines the cultural context in which the project was born and belongs to. Even when the beat gets a little bit lighter, all the tracks of this record are excessive and crazy. We only want to jump and scream, not of rage, but because of the good vibes always emanating. This is not anymore a power trio, combining the classical line-up of a guitar, a bass and a drumset. That’s for kids, people. What we find here is something else, and gigantic.