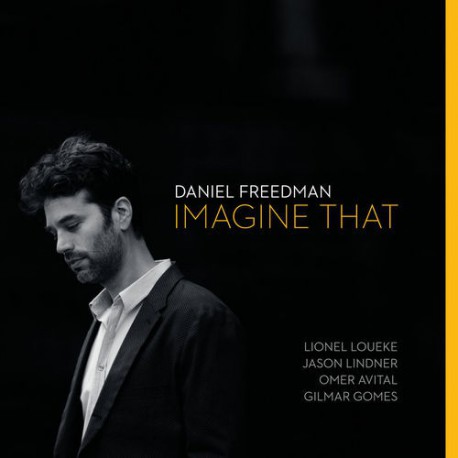 In recent years, drummer Daniel Freedman has quietly, almost surreptitiously, become a primal force, creating a kind of people’s music built on rustling folk rhythms, ethnic melodies and joyous performances. ‘Imagine That’ is a rhythmically infectious offering of Freedman’s creativity and intellect, expressed by musicians that share his mission. From first note to last, the album emanates from the heart and captivates the mind, body and soul. What you hear is a band that is telepathically in synch with one another in the service of the music with a special mention to the exceptional musical relationship Freedman has with the utterly original and talented guitarist Lionel Loueke.