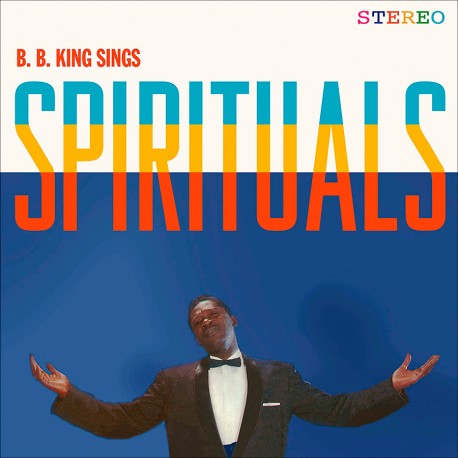 This quintessential LP reissue includes one of B.B. King’s lesser known albums, originally released by the Crown label at the onset of King’s career: B.B. King Sings Spirituals (1959). This is also one of King’s most difficult to find albums.

Unlike some of his prior LPs, which grouped previously released singles, B.B. King Sings Spirituals was recorded specifically for the LP format in April 1959, and released in October of that year. It contains ten songs that are on the gospel side of King’s repertoire. B.B. returned here to the Baptist and Pentecostal church music of his childhood. Even though the LP is entirely devoted to spirituals, it didn’t really sound that different from his finest blues material.

B.B. KING, lead vocals on all tracks, plus: