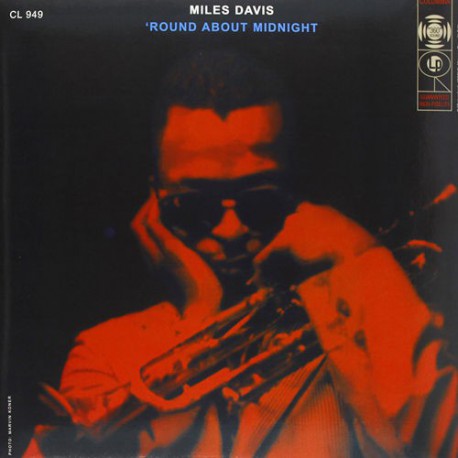 You can sit back and enjoy the six numbers in the order which the producer, probably in conjunction with Davis, decided upon. To be sure, all of the titles are well known and have been played a thousand times over in many different versions. But what this Quintet (and here each and every individual musician is meant!) produces as regards inventiveness, thrilling improvisations and artistry is absolutely top notch. Davis’s vibrato-less sound is taken over seamlessly by John Coltrane – wonderfully demonstrated in the middle of "Bye, Bye Blackbird", while Paul Chambers’ showpiece is "Ack Värmeland du sköna" (aka "Dear Old Stockholm"). In the years 1955/56, bebop was the talk of the day, born witness to by the classics "Tadd’s Delight" by Tadd Dameron and "Ah-Leu-Cha" by Charlie Parker. Here, however, the improvised melodic strands are more moderate, pointing the way to the style that later became known as modal jazz.

Although "’Round About Midnight" as an album does not enjoy the reputation of "Kind Of Blue", this Columbia recording contains many gems which are well worth hearing.