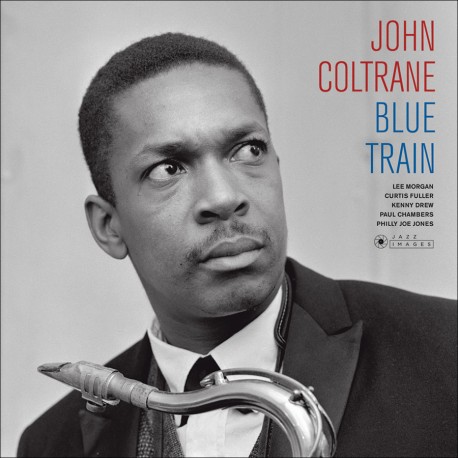 "Blue Train" was the first LP on which John Coltrane was given the chance to select his own sidemen. He enlisted trumpeter Lee Morgan, trombonist Curtis Fuller, pianist Kenny Drew, bassist Paul Chambers and drummer Philly Joe Jones

When Trane was asked during a 1960 radio interview which of all the albums he had recorded up to that point was his favorite, the answer came quickly: Blue Train. Lindsay Planer gave the album a five-star rating in All Music Guide, stating that, “although never formally signed, an oral agreement between John Coltrane and Blue Note Records founder Alfred Lion was indeed honored on Blue Train –Coltrane’s only collection of sides as a principal artist for the venerable label.

The disc is packed solid with sonic evidence of Coltrane’s innate leadership abilities. He not only addresses the tunes at hand, but also simultaneously reinvents himself as a multifaceted interpreter of both hard bop as well as sensitive balladry –touching upon all forms in between. Without reservation, Blue Train can easily be considered in and among the most important and influential entries not only of John Coltrane’s career, but of the entire genre of jazz music as well.”