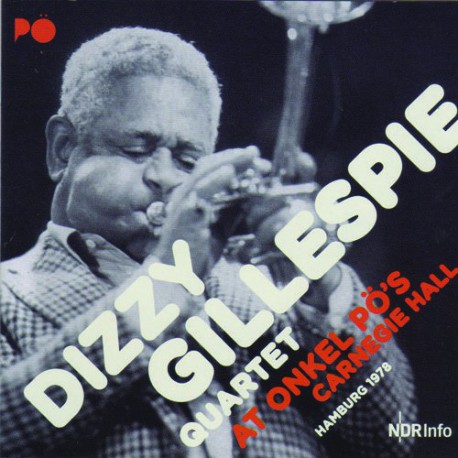 Dizzy was on tour with a small group: the solos were divided between him and 22-year-old guitarist Rodney Jones, a brisk wanderer between different styles, the equally youthful Ben Brown was the man on the electric bass. However, when it came to drummer Mickey Roker, Dizzy relied on his own, a player from the bebop-tradition - Roker, born in Miami in 1932, guaranteed the band's supply with rhythmical energy. Dizzy's passion for funky rhythms had noticeably increased by the late '70s and was apparent throughout the atmospheric two-hour set.

In the second part of the concert Dizzy invited the saxophonist Leo Wright onto the stage. Wright, one of the style-defining Americans in Europe and in early post-war West-Germany. He was born 1933 and died 1991 in Vienna. He was - together with Phil Woods - one of Charlie Parker's legitimate heirs and since 1959 Dizzy's permanent quintet-partner for two years. Wright, as a member of the SFB-big band, was firmly established in Europe's American jazz scene in the Berlin of the '60s.