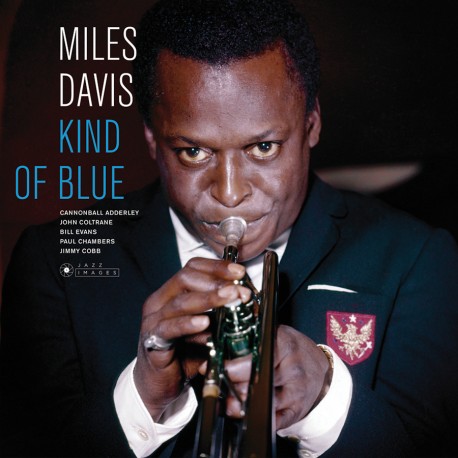 Recorded in 1959, "Kind of Blue" remains one of the most celebrated and influential jazz albums ever made. It combined the talents of such soloists as Miles Davis, the leader, on trumpet, Cannonball Adderley on alto sax, John Coltrane on tenor sax, Bill Evans and Wynton Kelly on piano, Paul Chambers on bass, and Jimmy Cobb on drums.

A massive success since it was first issued, Kind of Blue received a five-star rating in Down Beat, with jazz critic Don DeMicheal declaring, “This is a remarkable album. Using very simple but effective devices, Miles has constructed an album of extreme beauty and sensitivity. This is not to say that this LP is a simple one –far from it. What is remarkable is that the men have done so much with the stark, skeletal material. This is the soul of Miles Davis, and it’s a beautiful soul.” The album included two pieces that have since become jazz standards: “So What” and “Blue in Green”.