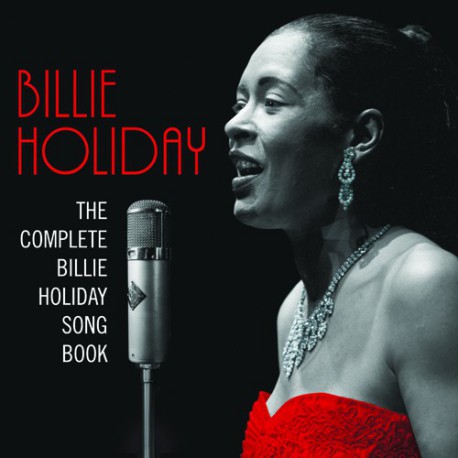 For the first time on a single CD, all of Billie Holiday’s studio recordings of her own compositions, including all of her studio versions of classics, and her more obscure compositions.

This release compiles, for the first time on a single CD, all of Billie Holiday’s studio recordings of her own compositions, including all of her studio versions of such classics as “God Bless the Child”, “Fine and Mellow” and “Lady Sings the Blues”, as well as her more obscure compositions, some of which she only recorded once in her whole discography. “Now or Never” and “God Bless the Child” were cut by Billie in 1950 for a film soundtrack backed by the Count Basie band. Both recordings are also contained here.

The second CD on this set is devoted to versions of Billie’s most famous compositions performed by other bcelebrated vocalists, such as Nina Simone, Dinah Washington, Carmen McRae, Sam Cooke, and Anita O’Day. Billie never got to record “Left Alone”, a song she co-composed with her long time accompanist, pianist Mal Waldron. Three vocal versions of this song by other singers are presented here, plus the original Mal Waldron instrumental version, which he recorded as a homage shortly after Billie’s death. “Who Needs You?”, written by Billie in 1957, was also never recorded by her, and was first taped by Aretha Franklin in 1961. CD2 also contains pianist Herbie Nichols’ original trio version of “Lady Sings the Blues”, the classic tune he wrote with Billie (the song’s title was also given to both a celebrated album by the singer and her autobiography).