> Sellos>Hatology>Alive in the House of Saints Pt. 1

Alive in the House of Saints Pt. 1 (JAZZ) 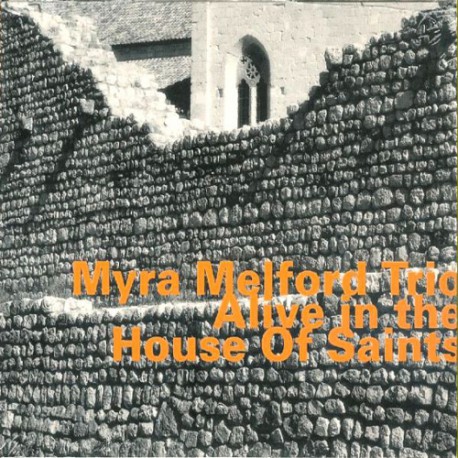 Alive in the House of Saints Pt. 1

Listening, eight years after it was created, to this primary chapter in the recorded legacy of Myra Melford's first trio evokes a rush of feelings. There are warm memories of in-person encounters with Melford, Lindsey Horner and Reggie Nicholson; and satisfaction regarding how the ideas Melford articulated here as both pianist and composer have metamorphosed into the triumphs of her subsequent music. What is absent is the uncertainty one often feels when contemplating the recent past, that feeling of needing more time to take the full measure of a musical state-ment. Melford has made it easy for us, through the clarity of both these now-historic performances and her subsequent efforts, to hear the present works as both glorious ends in themselves and the zoundations of her ongoing creations.