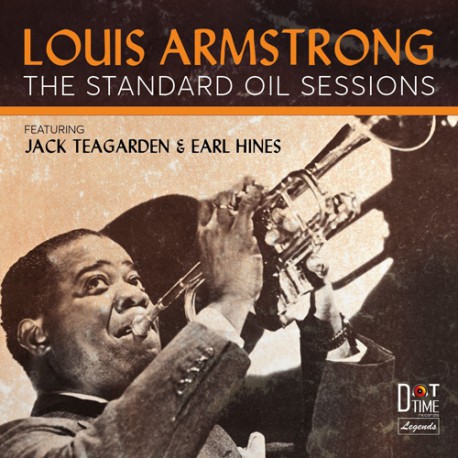 The Standard Oil Sessions is Volume 1 of the Louis Armstrong Legacy Series. The series features four album of previously unreleased recording from Louis Armstrong´s personal collection. This recording was recorded in 1950 by the Standard Oil Company for their radio show, "Musical Map of America" and featured Louis Armstrong, Jack Teagarden and Earl Hines. For reasons not know, the broadcast was never made and Louis was personally given the acetate discs of the sessions.