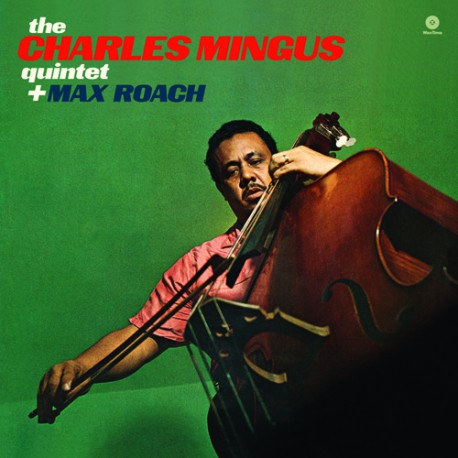 "The Charles Mingus Quintet Plus Max Roach" fixed a moment in time where Mingus found his musical identity. The concert was recorded at New York’s Café Bohemia on December 23, 1955, and Mingus’ group featured the great Max Roach as a special guest. Further recordings from the long date were released under the title Mingus at the Bohemia, while some others appeared on compilation sets. Only one song with Roach was included on Mingus at the Bohemia: a unique duet between the drummer and the bassist titled “Percussion Discussion.” Their other two collaborations from the date (“Drums” and “I’ll Remember April”) appeared on the LP presented here. An alternate take of “Drums” has been added as a bonus.