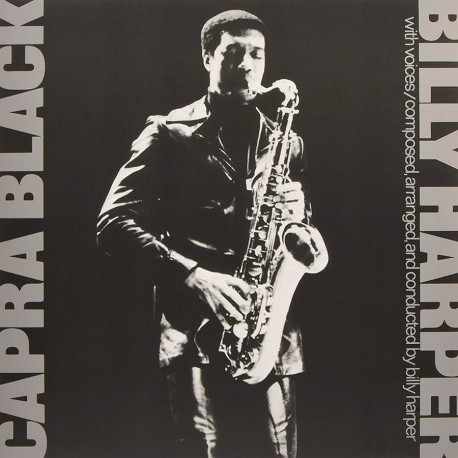 Capra Black is the debut album by American jazz saxophonist Billy Harper on the Strata-East label. It remains one of the seminal recordings of jazz's black consciousness movement. A profoundly spiritual effort that channels both the intellectual complexity of the avant-garde as well as the emotional potency of gospel. Harper's tenor summons the brute force and mystical resolve of John Coltrane but transcends its influences to communicate thoughts and feelings both idiosyncratic and universal with a sense of righteousness and focus that's simply astounding, especially considering that the album was Billy's first as a leader! This is music of remarkable corporeal substance that somehow expresses the pure language of the soul.