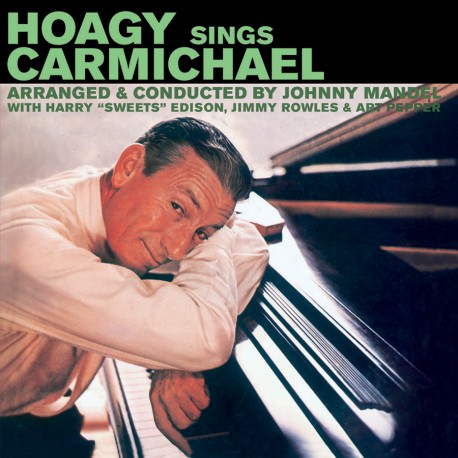 • INCLUDES THE LYRICS FOR ALL THE SONGS!!

This outstanding edition contains one of song master Hoagy Carmichael’s (1899-1981) best albums ever: the 1956 LP "Hoagy Sings Carmichael", featuring the vocalist backed by such modern jazzmen as Harry Edison, Art Pepper and Jimmy Rowles, and with splendid arrangements by Johnny Mandel.

In addition to the complete album "Hoagy Sings Carmichael", this release also boasts a second complete LP, "The Stardust Road" (one of the very first 33 rpm albums, which originally appeared a few years after the 1946 publication of Carmichael’s autobiographical book by the same name). In fact, as was often the case in the early days of the LP, no new music was recorded for this album, as it was a compilation of selections first issued as 78 rpm discs during previous years. "The Stardust Road", in particular, contains recordings made from 1939 to 1947. Hoagy can be heard here again singing his own songs and playing the piano on some tunes, as he was a very special pianist.