> Sellos>Proprius>Jazz at the Pawnshop - 180 Gram 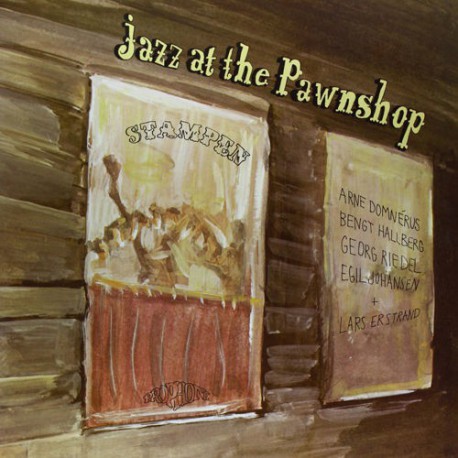 Notify me when available
2 LP GATEFOLD OPEN
What's Up with Jazz at the Pawnshop? You may ask. Well, when recording engineer Gert Palmcrantz was loading his car with equipment outside Europa Film Studios on December 6th, 1976, it was only to make one of many recordings. No one knew then that it was to become a cult recording among audiophiles and one of the most appreciated jazz recordings ever made.

Palmcrantz put the equipment in the car and drove off to Stampen, the jazz club in Old Town of Stockholm. It was far from the first time he recorded at Stampen. The club, named after a pawn-brokers' shop which used to be in that block, opened in 1968.

No sound check or balance tests were actually made. Once the quartet had started playing, Palmcrantz quickly had to set the levels as precisely as possible. After two tunes he had managed to achieve the right balance.

Gert Palmcrantz taped one song after the other, alternating recorders towards the end of each quarter of an hour so that he could join the tunes that were played in-between tapes. It is interesting to note how accomplished the musicians are, since everything could be recorded in one go without any cuts. There is one exception, however: at the end of one of his drum solos, Egil Johansen happened to miss a beat and messed up his entry slightly. Gert Palmcrantz cut that bar out and those who want to can amuse themselves by trying to find this almost imperceptible cut.

Otherwise, Gert Palmcrantz let the music flow freely and hardly touched the dials at all - no gain riding, simply small adjustments were made for solos or when the applause from the audience became too loud. The result was about two and a half hours’ worth of taped music every night.

After the recording, the original tapes were edited to a double LP by Gert Palmcrantz in collaboration with the musicians and the producer Jacob Boëthius. The sound quality of this record soon won the reputation of being remarkably fine, much to the surprise of Palmcrantz and the musicians who thought their earlier recordings were just as good. Something, however, must have been just right these evenings, and one mustn't forget that skillful, imaginative, sensitive and inspired musicians are absolute requirements for a recording to rise from "good" to "excellent". Palmcrantz' microphone technique transmits Bengt Hallberg's subtle touch, Arne Domnérus' characteristic tone and Egil Johansen's distinctive drumming - and all instrumentalists are presented in a sound image that is both intimate and airy.

On really good equipment you can hear people eating, the clinking of cutlery against the plates or conversations round the small circular tables. Here and there, among the chink of glasses and the rattling of the till, you can clearly hear the musicians talking, difficult to understand for listeners who don't speak Swedish. "What's the tempo?" someone asks before Limehouse Blues, followed by the comment "The first tempo; normal tempo", demonstrated by foot-tapping. After I'm confessin', a jolly man in the audience exclaims "Hey! That was a good old song!". Sometimes you can hear other music in the background - that of another jazz band playing in the basement below, the so called Gamlingen (Oldie).
You can listen and enjoy this recording in so many ways because there are undoubtedly many details to be discovered while listening to such good music!