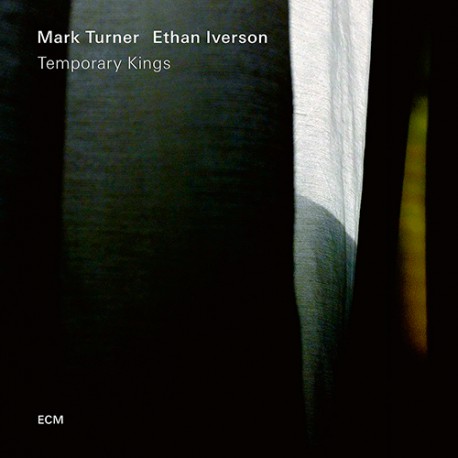 Notify me when available
The initial musical connection between saxophonist Mark Turner and pianist Ethan Iverson was made in 1990s jam sessions in New York City. A decade after their first meeting, the saxophonist and pianist began an association in the Billy Hart Quartet, the two players featuring on two widely lauded ECM albums by that band. Now with Temporary Kings – their debut on record as a duo – Turner and Iverson explore aesthetic common ground that encompasses the cool-toned intricacies of the Lennie Tristano/Warne Marsh jazz school, as well as the heightened intimacy of modernist chamber music.

Temporary Kings presents six originals by Iverson (such as the nostalgic solo tune “Yesterday’s Bouquet”) and two by Turner (including “Myron’s World,” which has acquired near-classic status among a generation of jazz players). There’s an off-kilter blues (“Unclaimed Freight”) and a strikingly melodic, almost Ravelian opening track dedicated to the Swiss town where the album was recorded (“Lugano”), plus an interpretation of Marsh’s playfully serpentine “Dixie’s Dilemma.”