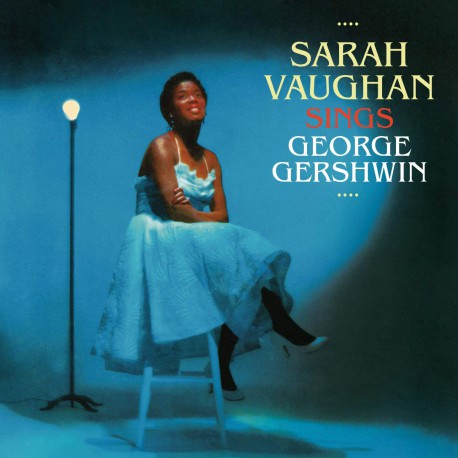 Sarah Vaughan’s recordings for the Mercury and EmArcy labels during the 1950s were handled by a number of different arrangers and conductors, primarily Hugo Peretti and Hal Mooney (1911-1995). Mooney was the conductor and arranger of the 2-LP set presented here, Sarah Vaughan Sings George Gershwin (Mercury MGP-2-101), which followed the path started by the well-known Ella Fitzgerald/Norman Granz songbooks. Ella had presented her first songbook, dedicated to Cole Porter, in 1956, to enormous success. While Vaughan was recording this Gershwin collection, Fitzgerald was preparing her second work in the series, the Rodgers & Hart Songbook. Oddly enough, Sarah’s Gershwin set predates Ella’s – even though the latter had recorded a series of Gershwin songs for Decca in 1950, she wouldn’t make her own ambitious Gershwin Songbook (5 full LPs, conducted by Nelson Riddle) until 1959. Not that the release of the two Gershwin sets by such talented singers indicated a competition: their interpretations of the same songs belong to different worlds and are both well worth listening to.