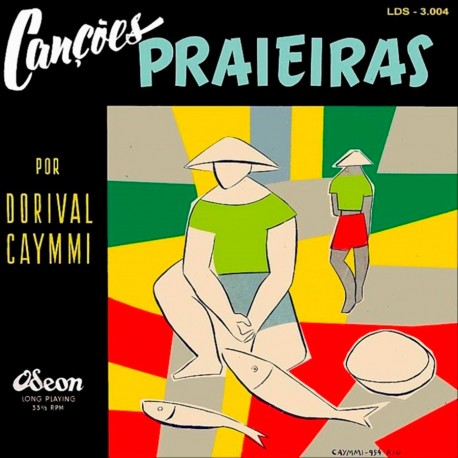 With a career beginning in 1933, Brazilian singer/songwriter Dorival Caymmi (1914-2008) contributed to the birth of Brazil’s bossa nova movement. Several of his samba pieces, such as “Samba da Minha Terra,” “Doralice” and “Saudade da Bahia,” have become staples of Brazilian popular music. Equally notable are his ballads celebrating the fishermen and women of Bahia, including “Promessa de Pescador”. Presented here are two of his best albums in their entireties, Cançoes Praieiras, and Caymmi e seu Violâo, both of which find him singing his own compositions backing himself on guitar (the 1959 LP includes eight different versions of songs from the former one). Five previous songs on which he sings with larger bands have been added here as a bonus.