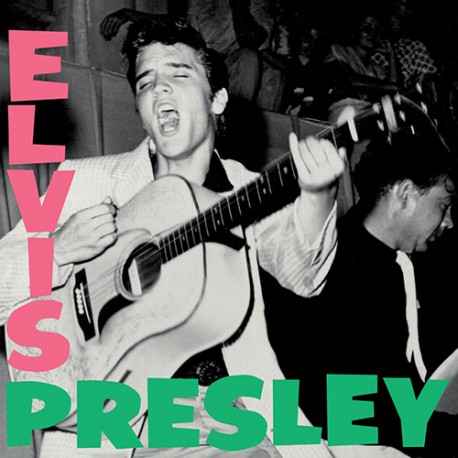 Elvis’ debut LP, titled Elvis Presley, was the first rock album to reach number one on the charts. Intriguingly, his first long play demonstrates that RCA had no idea what to do with the singer, even though it had paid what was then a king’s ransom to buy his contract from Sam Phillips’ Sun Records in Memphis, Tennessee. The album was produced by  Steve Sholes (head of RCA’s Country and Western and Rhythm and Blues division) and released in mono in March 1956. The recording sessions took place on January 10 & 11 at RCA recording studios in Nashville, and on January 30 & 31 at the label’s studios in New York. Additional material originated from sessions at Sun Studio in Memphis, on July 5, August 19, and September 10, 1954, and on July 11, 1955.