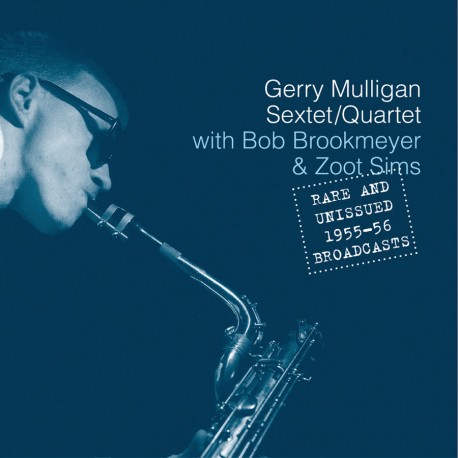 This release contains a number of rare or previously unissued 1955-56 live recordings by the great Gerry Mulligan, most of them backed by his splendid but short-lived sextet with Bob Brookmeyer and Zoot Sims.

Included are two long unavailable radio broadcasts from the Basin Street Club in New York in 1955, and three previously unissued TV performances taped in Milano and New York in 1956 (the last two in a quartet format).

As a bonus, Mulligan’s participation on the Second Timex Jazz TV Show, which appears here on CD for the first time ever.