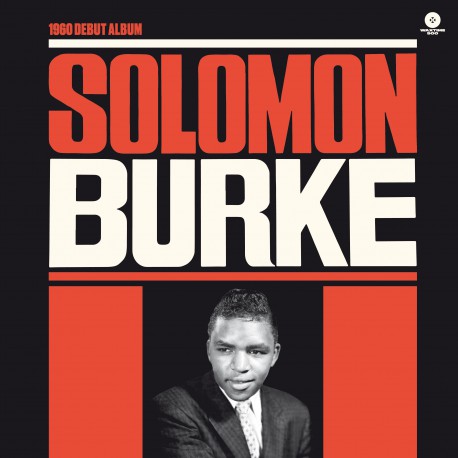 Notify me when available
EXLUSIVE LIMITED EDITION OF 500 COPIES!

This essential LP release includes Burke’s underrated and eponymous debut album, Solomon Burke, originally issued by Apollo Records in 1960 and long unavailable on vinyl. Widely regarded as a landmark of early-'60s soul, the album pulses with rock and soul, featuring tight brass, great harmonies, and emotive singing by Burke. These seminal tracks are a perfect introduction for anyone wanting to explore the early recordings from Solomon’s discography. The material consists of a variety of the great songs he cut for the Apollo label between 1955 and 1957. Burke’s debut LP also features a virtual who's who of fabulous musicians, including King Curtis, Hank Jones, Al Caiola, Mickey Baker, and The Ray Charles Singers, among others. In addition to the original album, this limited collector’s edition includes 4 bonus tracks from the same period: “Friendship Ring”, “I’m Not Afraid”, “This Little Ring”, and the splendid “Keep the Magic Working”. Conquering hearts, moving hips and electrifying fans in ways no one thought possible, the Philadelphia born legend’s soul-stirring smashes and charismatic presence captured the imagination of young people like no one else from his era. This is the material upon which the King of Rock and Soul's legend was built.