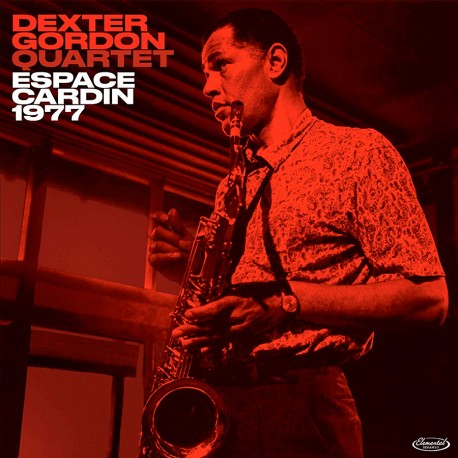 Elemental Music proudly presents DEXTER GORDON QUARTET -ESPACE CARDIN 1977, a complete previously unissued live performance by the great saxophonist, digitally remastered from the original master tapes at the INA Archives. Recorded in Paris on September 25, 1977, this concert marks the only recorded encounter of Gordon with the brilliant pianist Al Haig, who had been for years the pianist in Charlie Parker's Quintet. The group is completed by French bassist Pierre Michelot and the superb Kenny Clarke on drums. The program includes an outstanding reading of "Body and Soul", and Dexter's only known version of Sonny Rollins' "Oleo". A trio version of Thelonious Monk's "'Round Midnight" showcasing the rhythm section led by Al Haig, recorded during the same performance, has been added as a bonus.