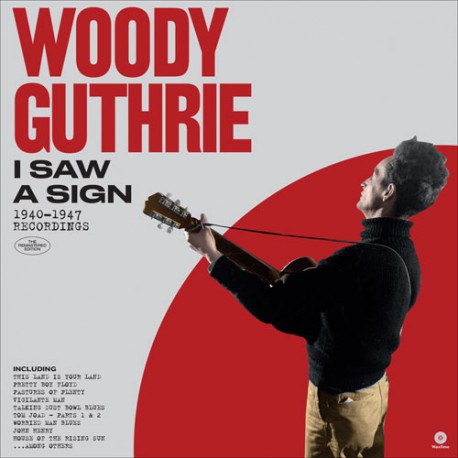 Notify me when available
Guthrie wrote hundreds of songs during his lifetime (some are still being found today), but he recorded most of his finest work during the 1940s, including staples like “This Land Is Your Land,” “Pretty Boy Floyd,” “Vigilante Man,” and “Tom Joad,” to name just a few. The aforementioned songs, and many others, have been included on this essential and remastered LP vinyl, which compiles a variety of sensational and influential titles recorded by Guthrie between 1940 and 1947. This set is a fundamental addition to any comprehensive music library (whatever the style, era and origin). It is indispensable for any fan of American roots music.