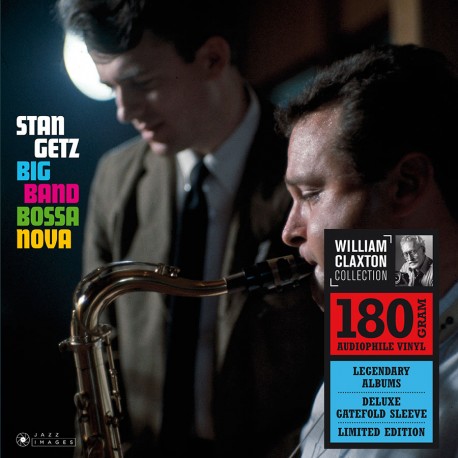 The 1953 Bud Shank/Laurindo Almeida recordings are recognized as being the precursors of bossa nova-jazz fusion. However, two 1962 Stan Getz LPs, Jazz Samba and Big Band Bossa Nova (presented here), and the albums that followed them in 1963, Jazz Samba Encore and Getz-Gilberto, would start the bossa nova craze. The bossa fervor soon crossed the Atlantic, as attested by the following review by Nigel Hunter in the February 1963 edition of the British Gramophone Magazine: “As predicted, the bossa nova furore across the Atlantic has precipitated a minor avalanche of records in our direction, and I intend to deal with the bulk of them in this month’s column. As I write, the signs are that bossa nova as a dance will exert little influence here, seemingly provoking nothing more than bewilderment amongst the teenagers. On record, however, there is now some excellent bossa nova material awaiting those interested. Tenor-saxophonist Stan Getz and guitarist Charlie Byrd were the first and certainly the most commercially successful in this intriguing new field”.