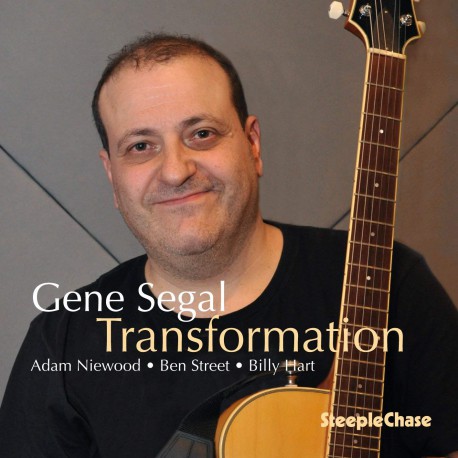 Notify me when available
Guitarist/composer Gene Segal has released three albums on SteepleChase LookOut: 'Mental Images' (SCCD33114), 'Matter' (SCCD33121) and 'Spiral' (SCCD33132) during the period from 2014 to 2017, all of which received critical and public acclaims.

Always adventurous, unpredictable and inventive Segal showcases his new and - in a way - debut album here for the SteepleChase's main label with another quality recording of a mixture of originals and covers from Thelonious Monk, Gene Perla and others.

"The band has a joyful swing...Music that grows and grows." - The Jazz Weekly (on 'Matter')