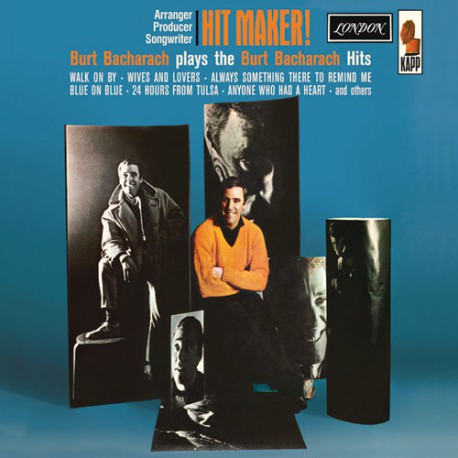 It’s worth remembering that mid-Sixties Pop was a whole lot more than The Beatles. During this period, songwriter Burt Bacharach and his lyricist Hal David, rarely had amonth without one of their tunes charting. Hit Maker! is the debut album by the American composer, recorded in London. The session musicians included the legendary Led Zeppelin members Jimmy Page and John Paul Jones, along with Big Jim Sullivan and members of the Ted Heath band, with uncredited vocals by The Breakaways. This album features Bacharach’s own interpretations of some of his greatest songs. The 1960s would not have been the same without Bacharach & David. Without a doubt, Hit Maker! is a masterpiece of sophisticated pop by one of the most important songwriters of the 20th Century.