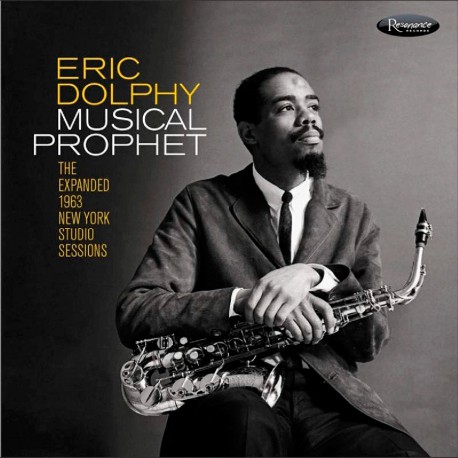 including 85-minutes never before released

Musical Prophet: The Expanded 1963 New York Studio Sessions is being released in partnership with the Eric Dolphy Trust and the Alan Douglas Estate with remastered high-resolution monoaural audio transferred directly from the original tapes. Captured after leaving Prestige/New Jazz Records, and just before recording the timeless classic Out to Lunch! album, Musical Prophet is a 3CD set that contains the under-appreciated masterpieces Conversations and Iron Man recorded in New York City on July 1 and 3, 1963. Originally produced by Alan Douglas — most well-known for his association with Jimi Hendrix, but who also produced classic jazz albums such as Money Jungle with Duke Ellington, Charles Mingus and Max Roach — the tapes had been stored in a suitcase with Dolphy’s personal belongings and given to Dolphy’s close friends Hale and Juanita Smith just before he embarked on his fateful European trip in 1964