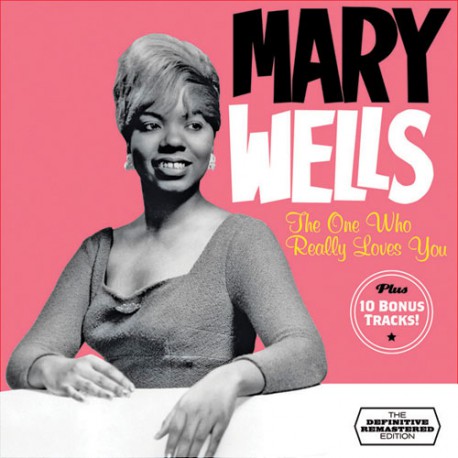 The One Who Really Loves You

Mary Wells developed a unique stage persona that was shy and sexy at the same time. Her earthy, radiant, and crystal clear voice presaged what was to come later with The Supremes and Diana Ross. Wells became a star when Berry Gordy signed her as a teenager, and her first Motown hits (such as “Bye, Bye Baby”, “You Beat Me to the Punch” and “The One Who Really Loves You”) helped define the emerging sound of the Detroit label in the early 1960s. This quintessential collector’s edition contains Mary Wells’ magnificent and long unavailable second album for Motown, The One Who Really Loves You (1962). We have also included 10 bonus tracks from the same period. These remastered songs serve as the best introduction for anyone wanting to explore the music from Wells’ early career. This is the material upon which her reputation and personal style were built.

MARY WELLS, lead vocals on all tracks, plus: