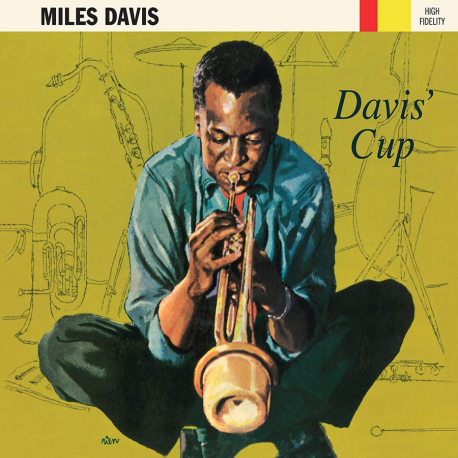 Presented in Europe in 1956 under the title of Davis’ Cup were Miles Davis’ earliest recordings for Columbia. Most of the tracks had been previously released on the album ‘Round About Midnight (CL949), which marked the trumpeter’s first LP for that label. Miles’ 1952 studio version of “Dear Old Stockholm,” his 1958 Newport reading of “Bye Bye Blackbird,” Band his Prestige recording of “’Round Midnight,” taped the same year as the one from the Columbia LP, have been added here as bonus tracks.