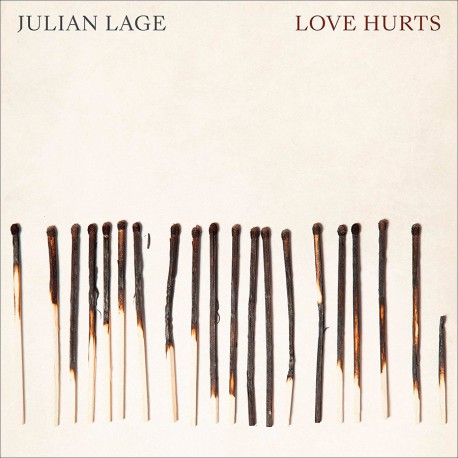 Hailed as one of the most prodigious guitarists of his generation, Julian Lage has spent more than a decade searching through the myriad strains of American musical history via impeccable technique, free association and a spirit of infinite possibility. Love Hurts – which marks Lage’s third Mack Avenue LP recorded with a trio and his first to feature bassist Jorge Roeder and drummer Dave King (The Bad Plus) – sees the GRAMMY® Award-nominated guitarist exploring the American song catalog from a truly unique vantage point, performing music written by a range of audacious and original artists, from Roy Orbison to Ornette Coleman, Jimmy Giuffre to David Lynch.

Progressive yet somehow timeless, Love Hurts reveals new facets of Lage’s approach while truly demonstrating his avowed belief in simple human interaction and spontaneous creative communication. As he has throughout his already remarkable career, Julian Lage has once more built a musical bridge all his own, linking tradition and history with the characteristically American spirit of invention and adventure.