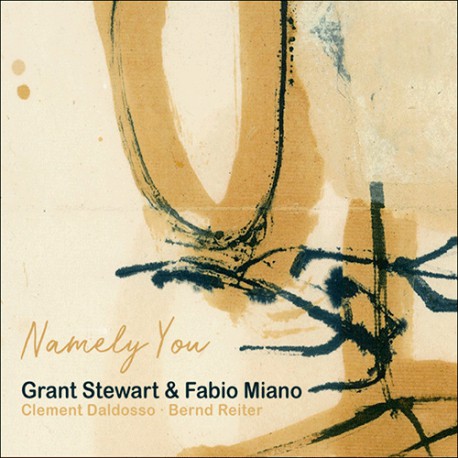 Grant Stewart and Fabio Miano lead a swinging quartet that includes Austrian drummer Bernd Reiter and the young French double bassist Clement Daldosso. The group moves easily through the tunes on this recording. Stewart , a brilliant tenor saxophonist with a powerful, incisive swing is an esteemed figure on the international scene. He has been praised by many great musicians, such as Lou Donaldson, George Coleman, Clark Terry and Jimmy Cobb, with whom he has played and recorded.

Fabio Miano, acclaimed pianist and jazz teacher, is a fine accompanist and skillful improviser. Italian Miano, who lives in Spain, has performed on both sides of the Atlantic and displays a knowledge of contemporary jazz as well as a solid grounding in jazz tradition. His tasteful, narrative playing is filled with nuances.

The empathy between the two leaders helps to create a relaxed recording in which creativity is not restricted and jazz flows with joyful ease.