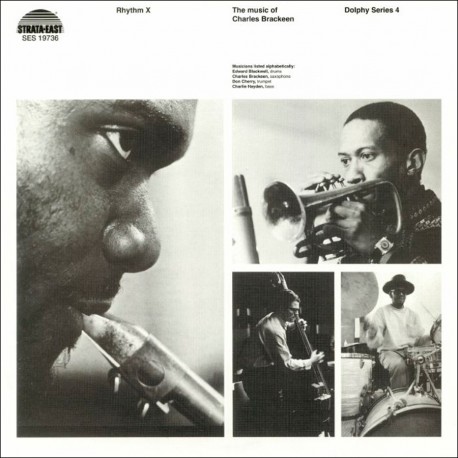 Rhythm X is the debut album led by saxophonist Charles Brackeen recorded in 1968 but not released on the Strata-East label until 1973. A reunion of sorts as Brackeen interacted with Cherry, Haden, and Ed Blackwell on a collectively improvised set sounding like a unit that's completely on fire. Brackeen is today a legendary hero among those who appreciate and respect the many and varied traditions of creatively improvised music that have developed as a continuum following courageous and trailblazing saxophonists and this album is another proof of the importance of the Strata-East label as a way of giving a strong showcase to so many new ideas that were bursting in jazz during the late 60s!