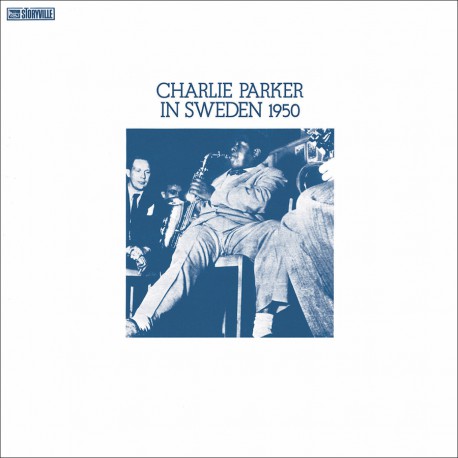 Charlie Parker was one of the first artists to play what would eventually become known as bebop. By the time of 1950 he was at the top of his game both musically and in popularity. He arrived in Sweden in November 1950, taking fans by surprise as the trip was made on short notice.

The material on side A of the album was recorded in Helsingborg Folkpark by a fan that was present at the concert, and still the sound of this album is superior to many of the Parker recordings from this period. The entire Side B was recorded after the show, for an extra encore -show at the restaurant in Folkpark. About 75 fans were present, making this a very intimate affair. The album consists of 10 tracks in total, ranging from Parkers own Anthropology with high tempo and fast solos, to a ballad like Embraceable You, where Parker demonstrates his ability for the tender side of music.