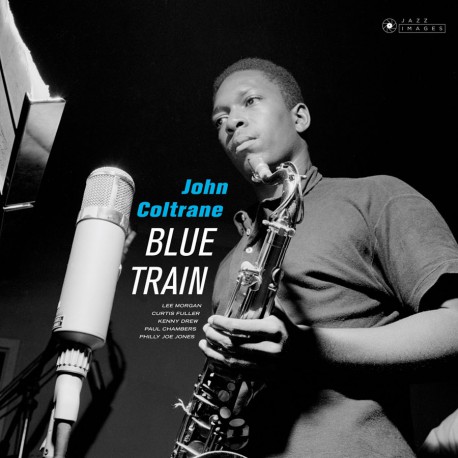 Tenor saxophonist John Coltrane’s September 15, 1957 studio session in Hackensack, New Jersey produced all of the material for the legendary album Blue Train. The LP marked the first time that Trane was given the opportunity to select his own sidemen for a date. He made good use of Bhis newfound freedom, enlisting the support of Btrumpeter Lee Morgan, trombonist Curtis Fuller, pianist Kenny Drew, bassist Paul Chambers and drummer Philly Joe Jones. When asked in a 1960 radio interview which was his favorite of all the albums he recorded up to that point, Coltrane was quick to reply: Blue Train. Two selections presenting Trane in a quartet format backed by the same rhythm section (originally issued on Paul Chambers’ LP Chambers’ Music) have been added as a bonus.